Loss aversion as its name implies occurs when the psychological impact of losing something outweighs the pleasure of gaining. The economists have identified loss aversion as one of the most common and powerful behavioral biases.

Daniel Kahneman, a Nobel winning psychologist and economist, views his work on loss aversion as his most important. Kahneman through experiments discovered that humans by instinct are twice more driven to avoid losses and disadvantages than to achieve gains and advantages.

How does this concept of loss aversion apply to our goals setting?

Let’s look at this scenario.

Mary is a budding entrepreneur. She has a goal, an idea, a dream. She thinks it through, and pens it down and then goes over it. She suddenly,can feel a lump forming in her throat and her breathing becomes difficult, she gets nauseated and her palms are sweaty. She then stops, and changes her goals to a more conservative and less scary one – since she thinks there is no way she can achieve those goals. 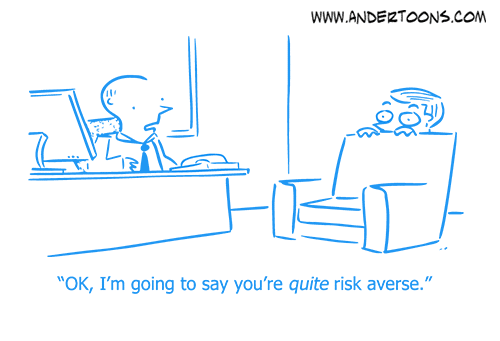 Mary is a good example for many of us, who subconsciously undermine our efforts, to avoid the possibility of loss. According to Kahneman “aversion to failure of not reaching the goals is much stronger than the desire to exceed it.” When it comes to setting goals, you become aware that the big ones are harder to pursue, not only because they are big – but also because they are inherently accompanied with the fear of loss.Due the fear of failure we resort to playing it safe when it’s time to set goals.

How does this hurt us?

The High Cost of Small Goals

We are tempted to set the small conservative ones that are easily attainable,because the inability to achieve a big goal feels like a loss.

Our goals then become conservative,uninspiring and restricted to the average ambition level and fuels us towards the first or second task before we slack off. 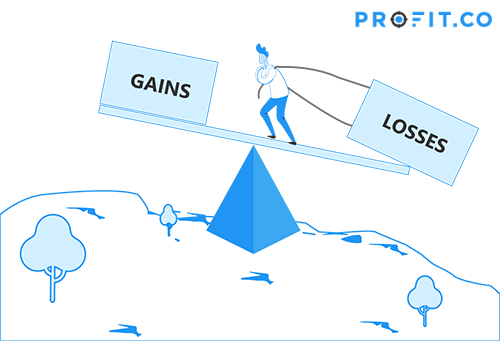 This conflicted thought process afflicts managers and investors even applies to top athletes in golf. Devin Pope and Maurice Schweitzer, professors of economics and psychology from the University of Pennsylvania studied about 2.5 million putts of top golfers – including Tiger Woods during the pro-golf tournament. Their research shows that golfers systematically lose the opportunity to score a birdie (coming one under par) out of fear of having a bogey (going over par). According to Devin and Maurice, “the agony of a bogey seems to outweigh the thrill of a birdie.”

How much does this behavioral bias hurt these golfers?

The researchers calculated that the loss aversion approach costs an average golfer 1 stroke during a 72-hole tournament. This number isn’t trivial.

If Tiger Woods in his best year had been able to putt as well for birdies as he did for his pars, that would have increased his average tournament score by one stroke and his seasonal earnings by almost one million dollars.

During the goal-setting mode, give in-depth thought towards the cost of this million-dollar hesitation.

How To Stop The Fear of Loss From Holding You Back

Start by asking yourself, “What do I fear ?” While this might seem like an obvious question, it would help you realize and define the problem or situation motivating your fear.You can then ascertain the issues at hand and have a complete picture of the problem.

While everyone knows about goal setting, you might not be familiar with the concept of fear setting. It is an exercise championed by productivity guru and author of 4-Hour Work Week, Tim Ferris. It is a reflective exercise that helps you analytically look at your goals and fears that hold you back and distort your thinking. Let’s see how it can help. 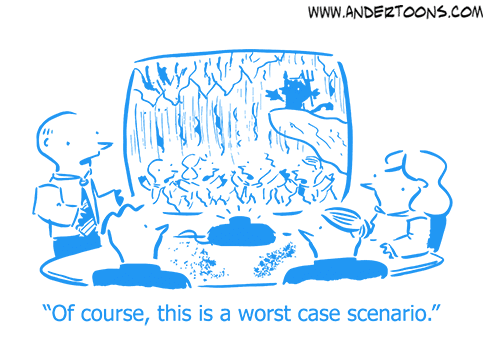 Ø Have A Contingency Plan

Instead of dwelling on the horrible outcomes that may occur, create a plan of action for everything you could do that would help you better prepare against failure. You can’t possibly prepare for every eventuality, however you can prepare for foreseeable obstacles. Put in place a plan B or even C you’d feel more confident about moving forward if the worst-case scenario does occur.

Ø Determine The Opportunity Costs of Your Inactions

In traditional economics term, the opportunity cost is the value of the alternative that must be forgone in favor of what is being done. By saying “Yes” to something, you automatically say “No” to another thing. Many people overlook the opportunity costs of everyday decisions. These opportunities are not only significant but can also be expensive when we missed.

3. Set Promotion Rather Than Prevention Goals

Research has shown that here are two approaches people take with regards to their goals: Promotion focused or prevention-focused.

Promotion focused goals are regarded in terms of achieving or accomplishing a positive outcome. People who set them focus on the benefits, rewards and other great things that would come from their success. They are about maximizing gains, playing to win, and avoiding missed opportunities. 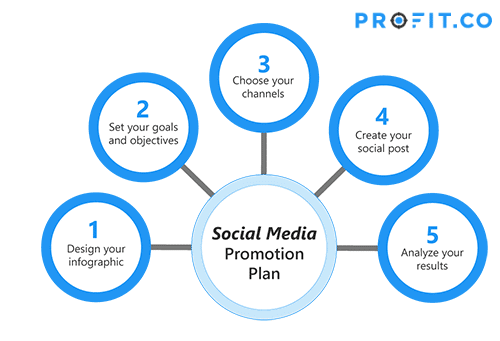 Prevention goals, are regarded as safe and avoiding dangers. People who set them aren’t about playing to win – they are about playing not to lose. A sense of Security is of grave importance to them. Their goals are associated with minimizing losses, hanging on to the status quo, lower engagement and less self-determination. They ultimately lead to the creation of more prevention-focused goals in the future. A great way of taking the fear of loss out of the equation is to re-frame your prevention goals as promotion goals. The future is for the risk-takers. Don’t be a security seeker.

4. Re-define what It Means To Fail

A lot of us fear failure because we don’t understand the role it plays in achievements. Failure is sometimes inevitable and is a crucial component to help us reach our fullest potential. Every loss provides an opportunity for a future gain. It is an indispensable prerequisite for success. Many great success stories are preceded by failure.

Goals set by speculation and contemplation, devoid of pain and discomfort,are like a self-inflicted death sentence as you are robbing yourself of the chance for growth. Let’s look at how overcoming the fear of loss helped some of the most brilliant minds succeed

Before being the richest person in the world, Bill Gates co-founded his first company Traf-O-Data, at the age of 17. Although the company was a failure, according to his partner Paull Allen “It was seminal in preparing him to make Microsoft’s first product a couple of years later.” He used failure as a stepping stone to build a business now valued at $507.5 billion.

The Late Steve Jobs,founder and former CEO of Apple is arguably one of the best examples of failure to success transitioning. The guru of entrepreneurs dropped out of college to start Apple and eventually got booted out of Apple by the board that he had once appointed. He then went on to start a company called Next.The company was not very successful due to hardware issues of the product but he still managed to sell the software division of the failed company to Apple. Apple at that time had lost its direction and was an ailing company and Steve Job’s was asked to return to the Apple as their interim CEO. He had immense learning from his failure reflected on his setbacks and went onto build a stronger and informidable Apple. The company dominated in many fronts in consumer electronics. Apple became the first company in the world to be valued at $1 trillion.

Norman Cousins once said “Death is not the greatest loss in life. The greatest loss is what dies inside us while we live. ” FEAR WILL ALWAYS GET IN THE WAY OF GOAL SETTING. When setting your goals and fear sets in, ask yourself this: “What if Steve had held back? How different would the world be now?”