Profit.co provides an option to view the awards that you have received.

Navigate to CFR→ My Awards → Received from the left navigation panel.

Users can view all the awards they have received on the My Awards: Receive page.

Awards received by the user will be displayed in chronological order along with the News Feed Status of the user who granted the award. 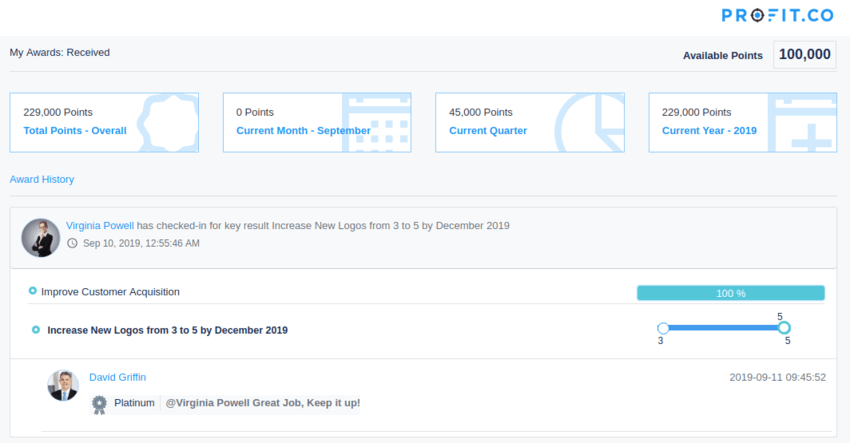