Human behavior plays a bigger role in business than you might think. Behavioral economics is the study founded and pioneered by Richard Thaler, who observed the influences of human psychology in economics. At times, humans make decisions that are irrational speaking from a strictly economic perspective. So, Thaler decided that the ways that human behavior influenced traditional economics needed to be studied. 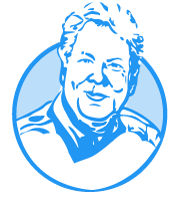 If you want people to do something, make it easy

Time discounting refers to the phenomenon where the value of a prize tends to fluctuate with respect to time, as in, the amount of wait required before you can achieve it.

Within a company, for example, some employees tend to be significantly more motivated by present rewards rather than future rewards, even if the future rewards are worth more. As such, while the theory takes notice of the fact that human nature tends to be impatient, it also considers that appropriate incentivization can get some people to prefer a longer wait. If you’re confused, it’s okay because the following example helps to shed a little more light on the phenomenon.

Recall the famous saying from Popeye, “I’ll gladly pay you Tuesday for a hamburger today.” What does this have to do with anything?

Let’s begin by saying that any incentives program, at its core, involves a trade-off between doing something and being rewarded. Wimpy, the character who made the statement, is a portrayal of the human need to be rewarded on the spot. He expressed his eagerness to have what he wanted then and there and settle the deal later on.

On the other hand, if we increase the value of a prize significantly, its postponement won’t hold much importance. Would you prefer a $30 bonus today or a $100 bonus after a week? Of course, in this scenario, people will often choose the second option. Considering the increased value, the wait won’t matter as much.

The Time Discounting theory calls for appropriate, customized incentivization schemes to be put in place that would drive each individual to perform their best. It’s all a game of knowing who your employees are.

People often make decisions by weighing the costs and benefits of their choices against one another. When it comes to rewards or bonuses in the workplace, the question becomes: what do I need to do now and when will it benefit me in the future? This mode of thinking is directly related to Time Discounting, a concept that suggests people tend to value rewards that are more immediate rather than potentially bigger rewards they would receive in the future.

So, what does time discounting really mean?

Time discounting essentially means you place a higher value on a good or service you would rather have now, than you would on the same good or service at a later date. As the amount of time increases, the value in the object seems to decrease. However, when the reward’s actual value is raised significantly, the wait time does not seem to matter as much. 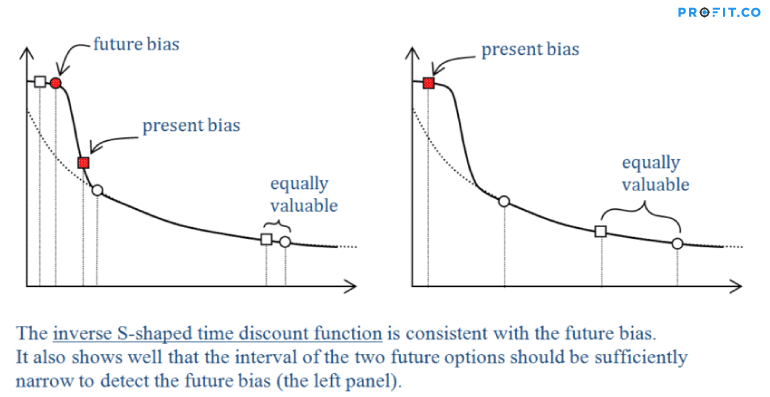 People may enjoy rewards differently depending on the amount of time it takes to receive them. The theory separates people into two distinct categories: patient and impatient. For some, the idea of instant gratification is more enticing than waiting to receive something, even if it may be of greater value. For others, being patient and waiting for a reward that’s worth more makes more sense.

For employees, a quick incentive can be very motivating. An immediate bonus or reward can be a necessary motivator to keep morale high for a short period of time. However, the promise of greater rewards in the future is also an excellent model for encouraging employees long term.

In business, there are typically options for ways to incentivize employees that either reward them now or later. One way to reward employees on the spot is through a direct bonus. A bonus like this can be for doing an exceptional job, for finishing a project, or at the end of the year, but no matter what it’s for, it’s often relatively immediate.

Another way to reward employees is through stock options, which you can give over certain vesting periods. Although the employee has to wait to receive their reward, it still communicates that they are doing a good job and motivates them to keep working hard because the more profitable the company is, the more their stock will be worth in the future. In this scenario, both the company and the employee are rewarded, as it encourages valuable team members to stay with the business and to keep working hard by providing them with an incentive. 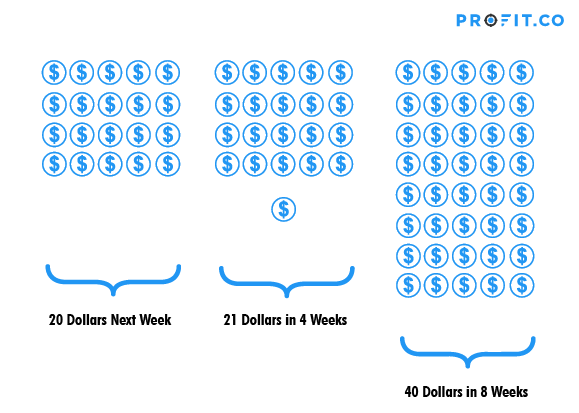 So, how can we apply it?

Depending on the needs of your company, setting goals in relation to time discounting and incentive programs can be highly beneficial. Whether you are concerned about employee motivation or someone’s work ethic, having clear and attainable goals for how to reward employees will help your everyone become more successful.

By accommodating different types of individuals (the patient and the impatient) through an incentivization program that offers multiple types of rewards, there is a way to ensure that everyone is putting in their best effort. For example, if you are worried about an employee leaving the company, you might choose to offer them stock options with a vestment period of a couple of years. In doing so, they will see that they are valued and will be motivated by the opportunity to cash their stocks in the future.

Setting specific goals for individuals is ultimately the best way to achieve the best results when it comes to time discounting. Knowing your employees and how they think is crucial in determining which incentives will work to motivate your team. The most successful companies are those that are able to accommodate different employees with unique personalities and mindsets, because they are able to recognize how different people approach time discounting and know what it takes to increase everyone’s effort.