If you’re at all familiar with the OKR framework, you have probably already used the PPP methodology, or P-cubed methodology, to help structure your OKR reviews.

PPP stands for progress, plans, and problems. This is a simple management technique used to help team members create well-structured and consistent status reports that are informative, but to-the-point. 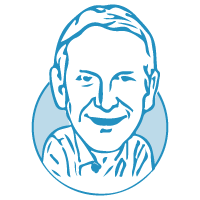 When you’re surrounded by people who share a passionate commitment around a common purpose, anything is possible.

Teammates commonly use the PPP format when completing check-ins, or writing routine OKR reports. Under the ‘Progress’ portion of the report, employees explain what advancements have been made on the target, what wins they have from the week, and any other activities that they completed that helped them make progress on their goal.

Under the “Plans” portion of the review, team members detail what they have planned in the coming week to help them make progress towards their target. This might be an initiative, a list of tasks, a meeting, or other activities that will help make forward progress on the OKR in question.

Finally, there’s the “Problems” portion of the PPP report. This is where team members have the chance to detail the roadblocks they are currently facing when trying to make progress on their key results and OKR as a whole. It’s important to record problems, because managers and other team members can read these and have full transparency into what’s holding progress back. Many times, this is how issues are resolved— with support from other members of the team. This portion of the report can help you institutionalize learning in your business.

The PPP methodology has helped innumerable organizations keep their OKR program completely transparent and make review meetings efficient and effective. However, in recent years there has been a subtle shift from writing a “PPP” report to a “ProProPro” report.

To manage your PPP methodology on an agile and intuitive OKR software that can catalogue your progress, look no further than Profit.co.

The Shift from PPP to ProProPro

Recently, there has been a shift from the “PPP” methodology to the “ProProPro” methodology. Instead of “planning” for the upcoming period, many managers are asking their employees to instead set “promises”.

Your ‘plan’ might be to post three times per day on social media rather than once per day in order to increase your content views and drive up your follower count. However, when you went to execute that plan, you might have run out of content ideas, focused on other initiatives, or not been able to keep up with your three-per-day goal. Next week you might recommit to this ‘plan’— and many people would say this is fine, considering that things don’t always go according to plan.

Now, many business leaders are re-branding this part of the PPP report as the ‘promise’ section. This is where you don’t just make plans without a thought of how to execute them— you commit to promises that you will actively try to fulfill. Instead of saying you’ll post three times per day, you will promise to post three times per day. This word holds a greater sense of commitment and accountability. There is more of a drive to do everything in your power to keep this promise and not break it.

‘Promise’ is a word that is naturally outcome-oriented. 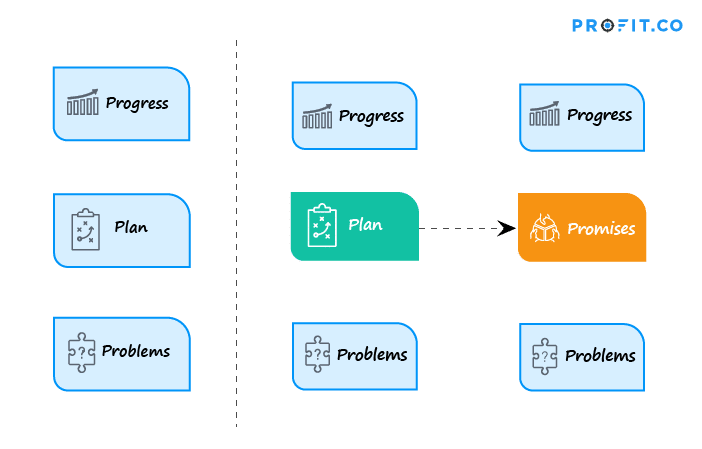 This is not the first time that we’ve seen the terms in a methodology shift to more active, outcome-oriented language. Take the PDCA methodology for example.

PDCA is a common goal-setting cycle that stands for Plan, Do, Check, and Act. Some leaders, however, took issue with the word ‘Plan’ once again. “Plan” is too non-committal, and more commonly associated with phrases like “this isn’t going according to plan” than it is with success and precision.

So, the ‘Plan’ step was replaced with the ‘Commit’ step. 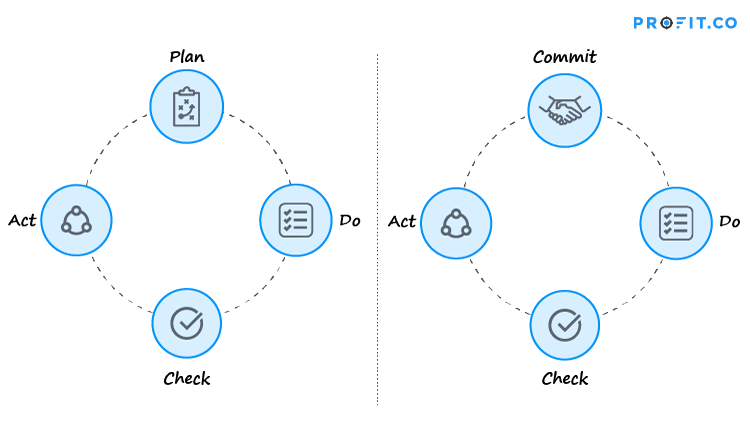 Similar to “promise”, commit is an active verb that denotes accountability. When you are committed to something, you are willing to try everything in your power to see it through.

Although these are just terms in methodologies, the power of language can help affect real change in your organization. It’s important for team members to have a sense of accountability and commitment when they think about executing their plans and fulfilling their OKRs. So, there has been a large shift from the PPP methodology to the ProProPro methodology.

So, how do you ensure that your promises aren’t just another term for your plans? The key is to make strategic promises. The Harvard Business Review’s article on Promise-Based Management shares that, “At its heart, every company is a dynamic network of promises. Employees up and down the corporate hierarchy make pledges to one another, … commitments to colleagues in other divisions and to customers, outsourcing partners, and other stakeholders. Promises are the strands that weave together coordinated activity in organizations”.

While plans are limited to an employee’s own experience and work on their key results, promises are made to their team members. This emphasizes the fact that there are other stakeholders in the organization relying on others to meet their targets and keep their word when they say they are going to do something.

Making and keeping promises in an organization can increase collaboration, as well as the sense of accountability in the organization and the feeling that everyone is on the same team, and working towards a common goal. This, of course, is what the OKR methodology is all about.

To learn more about OKRs and how they can affect your team, book a free demo with our OKR experts today!

Ready to start your OKR Journey for FREE?