What is the Commitment Effect?

When you make a decision on an idea, and then a more efficient, innovative alternative comes along, what do you do? Do you stick with the original decision, or adapt with new information?

While you might think everyone would adapt, according to the commitment effect, that is not the case. The commitment effect is when people or groups are unwilling to compromise their ideas or thoughts even though they’ve been presented with facts or evidence that encourage them to do otherwise.

Barry M. Staw originally introduced the concept of the commitment effect in his work Knee Deep in the Big Muddy: A study of Escalating Commitment to a Chosen Course of Action, in 1976. Staw presented the idea that people are more likely to search for evidence that confirms their decisions or makes their ideas seem better than they really are, instead of evidence that proves their ideas to be wrong in some way. Even if we know that sometimes we might be better off to go in a different direction, we still keep doing what we’re doing.

The commitment effect has been used to understand everything from the delayed construction of Berlin’s Brandenburg airport, which is over 10 years behind schedule and billions of Euros over budget, to why monthly subscription services have become so successful. These subscription services try to draw in customers with small commitments, like a reduced-price trial, hoping that customers will sign-up and then continue to use the service once the trial period ends because it has become part of their lives and it’s less work to let it continue than it is to cancel.

You can help bridge the gap between your strategy and execution or change course on an idea at any time with an agile and powerful OKR software like Profit.co! Try it out free today!

The Commitment Effect in the Workplace

What if we could use the commitment effect to our advantage? What if the commitment effect could help drive worker productivity and employee engagement in the workplace?
In the same way subscription services lure us in with trial-periods, offering an employee the chance to lead a project or undertake a training course is a small step which makes that employee more committed to their work. The more responsibility and ownership an employee has over their work, the more likely they are to feel a commitment to see it done right through to the end. 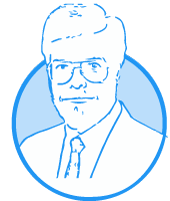 Encourage your people to be committed to a project rather than just be involved in it.

For example, let’s say you have a team of twenty people working as Quality Assurance engineers to reduce defects in a product. If these engineers are working as one team with a single manager, it is likely that the manager is going to feel a great deal of pressure and responsibility for the product and ensuring that all of the targets are met. If the group fails to meet their target, the manager is more likely to take responsibility for the failing instead of the entire team.

If you break the larger team into smaller groups, maybe four teams of five, people are more likely to feel accountable for their work. If one person in each group acts as the leader, they’re more likely to absorb the responsibility that the manager often feels. This way, the manager, who has their name and reputation on the line, has some pressure alleviated and the group leaders are motivated to meet their goals.

Or what if you’re on a sales team and you’re trying to increase your sales? The commitment effect can help you find a way; by asking members of the team to come up with a specific goal, they have something that emphasizes the importance of their commitment.

The Commitment Effect and Management

What if you’re in charge of a sales team and you want to use the commitment effect to increase sales? One thing you could do is have a meeting at the beginning of each month or at the start of a new project and ask each team member to write down a goal for themselves. To make sure that everyone is truly committed to their goals, there should be some sense of accountability.

Whether that be as simple as writing everyone’s goals on the white board or incentivizing those who reach their goals, the purpose of the exercise is to make these commitments important to the team. Maintaining motivation can be difficult, but in order to see improvements in the entire company, it’s important to consider the goals and objectives of the individuals who contribute.

Sometimes, you have people who constantly say “I’m just not a computer person” or “I just don’t get Excel.” When someone is insistent about their shortcomings, they’re not likely to get any better. Instead, it’s important to emphasize a “growth mindset”: the idea that abilities are not fixed, but rather something that can be developed and learned with time. By reinforcing to our employees that skills can be learned, and congratulating them when they complete a task they think they’re not good at, we can build up an idea in their head that not only are they good at the task, but that they can conquer new tasks too.

Essentially, the commitment effect can be used to encourage employees by making them see themselves as capable learners who can accomplish whatever is in front of them. So long as employers are careful to only reinforce positive commitments, they’re likely to see positive results with their employees and subsequently with their company.

While understanding the commitment effect may not be the only key to success, it’s important that employers are aware of it. For managers, their choices and words constantly have an impact on their teams, so it’s important to consider what kinds of behavior are being reinforced and what feedback employees are receiving. Taking the time to think about your actions and actively encouraging a growth mindset can help both you and your employees avoid getting caught in a cycle of negativity and can instead cultivate positive behaviors that will bring positive business results.