What is the bell curve?

The Bell Curve represents what statisticians call a “normal distribution.” A normal distribution is a sample with a large average in the middle and an equal number of above and below average like the curve below. 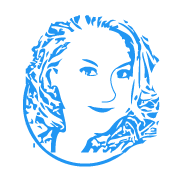 Employees engage with employers and brands when they’re treated as humans.

The Bell curve and Performance management

The Bell Curve approach was used in a traditional set up. But now with the corporate world constantly evolving, many organizations are evaluating whether bell curves are a relevant approach for performance management.

Following are some reasons why bell curves may not be the right approach for present times :

Bell curve ranking system does not work with collaborative teams. A regular workday is not defined by a 9-to-5 regime; even more so since the pandemic. Business practices are constantly evolving given the times we live in, and with that, performance management processes need to evolve too to remain effective.

In organizations where work is more team led, the bell curve performance ranking system will not work. For example, an employee might score higher on the curve than a co-worker on the team. This gives the employee an unfair superiority over his/her co-workers, and the co-workers will begin to fall under average company rating standards. Performance appraisals should therefore be conducted on an individual’s expectations inclusively, not on the group distribution scale that bell curves require.

The bell curve system is inefficient given the workplace dynamics in the current corporate economy. With the rapid development of modern technology and the rise in millennials in the workforce, company protocols must also evolve. Performance appraisal systems must also evolve and adapt to the changing workplace dynamics so that organizations can be successful in the competitive corporate world.

Inaccurate and Unfair Assessments based on bell curve

When teams exceed performance expectations, it is not possible to measure performance accurately on the bell curve.

Inaccurate assessment of employee performance can then lead to higher probationary periods or increased turnover rates. The use of the bell curve can be so off the mark, that more resources and money might get spent on recruiting and training new employees instead of working with members of the team individually to refine performance.

The bell curve method runs the risk of diminishing the top performer’s value while inflating the value of middle performers. The bell curve provides a forced ranking of employees that distinguishes stellar performance from performance that is average or below par. This affects employee morale as the bell curve forces groups top and low performers regardless of their actual performance. Employees who fall in the middle of the curve make up 80% of the team population, forcing the organization to allocate budget to focus on mid-value employees.

The bell curve’s ranking system can lead to an increase in salaries, without really being able to assess an employee’s qualifications and overall performance. Salary scaling also has negative consequences for employee morale and can misallocate budgets. This method is no longer effective in ranking individual employee performance in modern group environments.

A 360 feedback appraisal system instead of the bell curve method can effectively rank an employee’s performance based on individual work, not against the work of their peers.

Forced rankings diminish the value of the top performers, inflates middle performers, and ignores the efforts of the under performers. Josh Bersin, the president and founder of Bersin & Associates, a leading industry research and advisory firm in enterprise learning and talent management, explained the basic faults of the system and the damages to employee morale in three concise and poignant phrases: 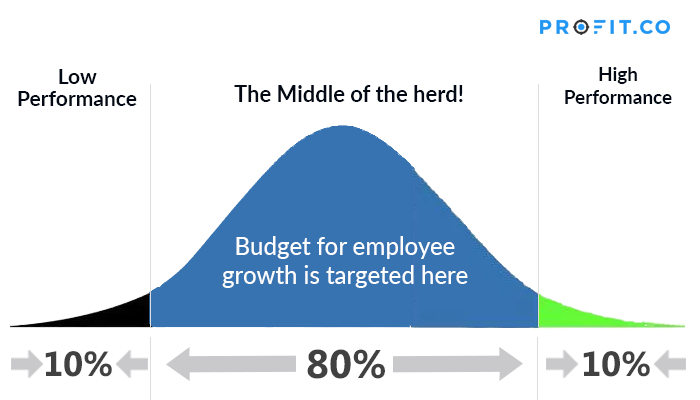 It is too rigid an approach

The bell curve model in performance management is too rigid an approach for assessing employee performance. Sometimes managers need to put employees in specific gradients just for the sake of bell curve requirements. Managers can only have a limited number of employees in the top performers’ category. As a result, employees who might have done exceptionally well throughout the year might be forced to be categorized in the average performers’ category to meet some valid bell curve requirements. This can be quite a dampener to their morale. This happens more often when the teams are small, and can lead to employee dissatisfaction, and could even cause a great employee to seek recognition at a different company.

Bell curves are irrelevant at best.The bell curve performance appraisal is so passé. Now, there are more effective, well researched performance appraisal systems that can better assess performance, boost employee confidence, promote collaboration, and encourage team efforts, rather than make individuals compete with each other.

If an employee is not performing well, instead of ousting them, there are now ways to actually understand the root cause of the issue and be able to put a plan in place that will give them the necessary tools to better their skills and help them improve their performance. This will benefit the employee, the team and organization in the long run. Bell curve simply misses the point.